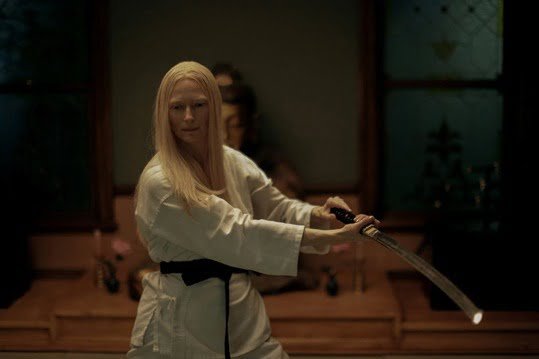 Hygiene phobias (of all scales and intensities) are a direct expression of fears related to ablebodiedness, youth and death. For a (measured!) century now, (eternal) youth and immortality have been the basic (if not the only) clichés of advertising; of the promotion of commodities. The conceptual material that they grind, their undertone. From the least significant to the most impressive, all commodities indirectly or directly promise youth (as socially understood) and the overcoming (as socially understood) of natural, animalistic aging.

After a century of rigorous conditioning in these fears and in “deliverance” through consumption (of commodities, services and relationships); after so many generations of mass consolidation and incorporation of this “health” and this “immortality” which is the “health and immortality” of commodity mediation, thus an idea of ​​health foreign and hostile to corporeality, a tyrannical, destructive idea; after a century of serving a “hygienistic truth” that has ended up being indicators, measurements and statistics, this terrorizing-campaign in the name of Covid-19 is not something original. Neither is pervasive fear, which can be experienced by anyone individually, but it is massive and impersonal.

Just one illustrative example. Once the phrase “the [home’s] stale [air] ate him/her” [tn: a modern greek phrase meaning that someone is getting sick of staying indoors for too long] was so literal that the today’s frightened masses cannot even imagine. The stale [air] -staying locked in an interior, a room or a house- ate you, literally. It ate your flesh; it made you weak, sickly, miserable. “Confining” someone, able to move, inside was punishment. It was a form of punishment, from a parental (: “Go to your room and you won’t go out unless I tell you!”) to a social discipline one (: prison).

Nowadays, state “[ideological] hygienist” orders, of the kind “stay inside your house”, appear and are accepted not only as “correct” but also as the [only] way to health protection… at the very time that home confinement continues to “eat” the living aspects of everyone. Why is this ban welcomed? Because “stale [air]” has already become the norm for the overwhelming majority (home/car/office /gym/clubs); and because telecommunications have been developed (and adopted) to the point that social relating is already taking place less and less under the light of day and the darkness of night; it occurs in front of screens, indifferent and inquisitive about anything outside them.

Everything -every single thing- is historically and socially determined! During the intervals of fear of illness/death (several such waves have been staged by the responsible institutions over the last 20 years), the fear of direct relatedness with the unknown [other] (and the Unknown) has become a basic banality. Illness (capitalized) is a dangerous, deadly Unknown. As capital’s and power’s techniques mediate each person’s relationship with themselves, anything that they suggest as “dangerous” is automatically regarded as such! Even the “we-don’t-know” kind of the experts (on Covid-19, in this case), even this ignorance that would at once be considered their shame, and would certainly shatter the trust in their abilities, even this, is in favor of the worst (imagined) possibility. A meteorologist’s response of the “I don’t know what the weather will be like tomorrow” type would never be accepted; and yet no one would conclude that the expert’s ignorance would mean that Noah’s flood would happen again… But now, an epidemiologist’s ignorance is accepted, treated with understanding, because it does not exclude that “the world will be destroyed/I will die…”.

Why is this happening? Because, as the “commodity pincer [movement]” and the generalized mechanical mediation are tightening more and more as the Self-as-capital becomes by necessity and the Self-as-commodity, the subterraneous and silent sense that everyone is exchangeable with anyone else (at work, in social relations), not only exacerbates daily insecurities, but also imposes the search for the Same; not for the Other, in any case not for the Diverse; let alone for the Unknown! The “unknown malaise” (which may be well known to the materiality of our species, unknown only to experts) can only be horrible; considering that “that’s what they tell us”. Influenza kills a hundred times more, but we “know it”… First world armies kill hundreds of thousands directly or indirectly through contractors; but this death of the Others “is known” and not an issue. As for Covid-19 they say that “it is unknown”-and that is enough to trigger all the insecurities and accumulated fears…

A today’s “healthy” subject [of any first-world regime] would be described as socially ill just two generations ago: they would call him an asocial, hypochondriac…

These are some of the most basics of basics. Whatever we say, whatever the bosses say, historical definitions overcome the savage Egos and their phobias. And there is no evasion, no escape, but to acknowledge historicity (and, ultimately, sociality) of both ourselves (our morals, our beliefs – even our insecurities) – and the conditions in which we live. Quite simply: without 4G communications no boss and no state would never have thought of ordering our massive home confinement! Thanks to 5G communications tomorrow, most individuals will happily wear a “wristband” -on the wrist. In fact, its precursor is already here: in a pocket or a bag. It’s the remote control of everyday life…

What used to be an “alternative sentence” will become (already happening before our eyes) a “proof of social responsibility”; that is, a “duty”, whenever it is officially requested… A patriotic duty indeed -the national anthem is proof that prisoners have lost any sense of (their) reality.

Both the 1st and 2nd Industrial Revolutions moved (and passed…) through and over body discipline and the disintegration/restructuring of social relationships. It has always been a violent process. When farmers (poor but for generations mostly living under the open air) were forced to become workers first at the steam factories and then, even more “immobile”, in front of the large factory assembly lines. There were not just demands on them there, but physical, emotional and moral violence was imposed upon them as well. They had to change (almost “anthropologically”); they had to become another kind of human being… And capitalist evolution never sat down to explain, to open a “dialogue”. It was imposed [from above].

The 3rd Industrial Revolution (known to the general public through PCs and the Internet) occurred unplanned… It was not intended (the rise and fall of dot-com companies in the stock markets in the 90s proves it …). Developers have increasingly been developing complex programs for mass use; and the large mass of users have been unable to make use of the capabilities of these programs, even to a considerable extent. The machine has been moving much faster than the mass of its potential users over the last 30 years – leaving only two possibilities: either “technological progress” will collapse, or societies will have to adapt violently! While one generation was growing up (and being educated) by playing video games, the former used one or two fingers on the keyboard. In fact, the 3rd Industrial Revolution (which had far more aspects than the general public thinks …) has been brief, giddy -and transitional…

In the 4th, which has already begun (designed by the big companies of the east and west but also by some of the pioneer states of Asia), “anthropological mutation” (we call it: the radical restructuring of social reproduction) is a critical condition for the evolution of capitalist profitability and domination. Why? Not just because this has always been the case with capitalism “without worrying about everybody’s melancholy”… Moreover (and above all), for the reason that it is not just the places and times of labor where the “new” exploitation is redefined, it is the totality of life itself, everyday’s practices, morals, behaviors, thoughts that are now subject to mechanically mediated exploitation. (If the word data rings a bell, you should pay attention.)

With no awareness of the long-term horizon… the “onslaught of the Covid-19 virus” or, more correctly, the hygiene horror [story] fabricated by states and the media, is either considered “the appropriate stance taken by the authorities” or it leaves the subjects stunned, angry and even resigned themselves to loneliness. If the digital mechanization of the entire social reproduction was not “mature” [enough to function] as [a set of] technical and ideological options of the bosses of the 4th Industrial Revolution, then the management (propagandistic and disciplinary) of the “horrible microscope killer [virus]” would be completely different. Without remote-work, remote-shopping, remote-entertainment, remote-education, remote-sociability, remote-life there would be NO aspect of the capital to gain from the current management -therefore it would be unthinkable.

Fear is a poor advisor, but it causes many things to appear that one pretended not to see. The problem is not to give opinions on the gravity of the disease, but to ask about the ethical and political consequences of the epidemic. The first thing that the wave of panic that has paralyzed the country obviously shows is that our society no longer believes in anything but bare life. It is obvious that Italians are disposed to sacrifice practically everything — the normal conditions of life, social relationships, work, even friendships, affections, and religious and political convictions — to the danger of getting sick. Bare life — and the danger of losing it — is not something that unites people, but blinds and separates them. Other human beings, as in the plague described in Alessandro Manzoni’s novel, are now seen solely as possible spreaders of the plague whom one must avoid at all costs and from whom one needs to keep oneself at a distance of at least a meter. The dead — our dead — do not have a right to a funeral and it is not clear what will happen to the bodies of our loved ones. Our neighbor has been cancelled and it is curious that churches remain silent on the subject. What do human relationships become in a country that habituates itself to live in this way for who knows how long? And what is a society that has no value other than survival?

The other thing, no less disquieting than the first, that the epidemic has caused to appear with clarity is that the state of exception, to which governments have habituated us for some time, has truly become the normal condition. There have been more serious epidemics in the past, but no one ever thought for that reason to declare a state of emergency like the current one, which prevents us even from moving. People have been so habituated to live in conditions of perennial crisis and perennial emergency that they don’t seem to notice that their life has been reduced to a purely biological condition and has not only every social and political dimension, but also human and affective. A society that lives in a perennial state of emergency cannot be a free society. We in fact live in a society that has sacrificed freedom to so-called “reasons of security” and has therefore condemned itself to live in a perennial state of fear and insecurity.

It is not surprising that for the virus one speaks of war. The emergency measures obligate us in fact to life in conditions of curfew. But a war with an invisible enemy that can lurk in every other person is the most absurd of wars. It is, in reality, a civil war. The enemy is not outside, it is within us.

What is worrisome is not so much or not only the present, but what comes after. Just as wars have left as a legacy to peace a series of inauspicious technology, from barbed wire to nuclear power plants, so it is also very likely that one will seek to continue even after the health emergency experiments that governments did not manage to bring to reality before: closing universities and schools and doing lessons only online, putting a stop once and for all to meeting together and speaking for political or cultural reasons and exchanging only digital messages with each other, wherever possible substituting machines for every contact — every contagion — between human beings.