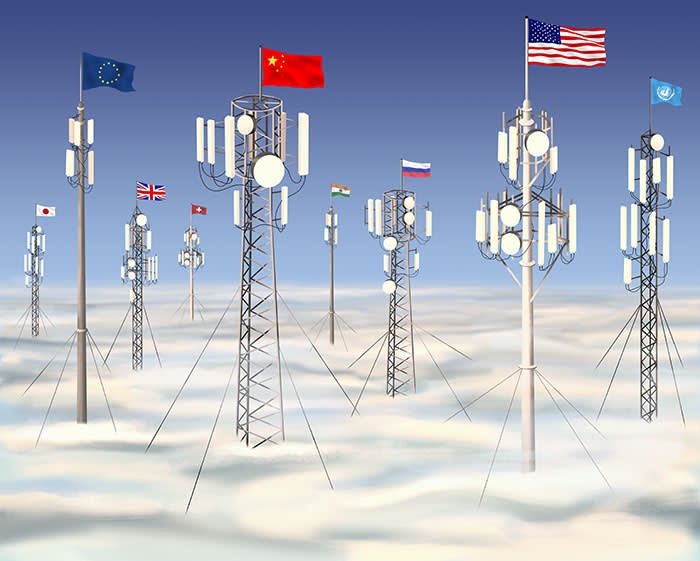 For some years now, a battle has been waging for the internet’s “soul”, which has gone relatively unnoticed so far. The key players, on the one hand, have been the western countries, which have been up to now the dominant forces in shaping internet structure, and, on the other hand, China together with Russia and other emerging countries. These latter ones, feeling increasingly the tightening “chains” of internet control imposed by the west, have put up a consistent fight to create autonomous internet structures being under their control. They have done so in various ways, including the laying of their fiber-optic cables around the globe or the setting up of firewalls to control internet traffic.

The last episode of this battle is the China’s recent proposal to the UN’s International Telecommunication Union (ITU) for a new [communications] addressing protocol for devices connected to the internet, named (quite unimaginatively) the New IP. The Financial Times “managed” to find some related documents and presented the issue in a predictably alarmist way. You can read the article entitled “China and Huawei propose reinvention of the internet” here. China wants to change the internet’s structure and from “free” to turn it into a “cattle pen” where it can call the shots. Of course, the US and UK have taken the lead in protesting this move, becoming public in the form of “leaks”.

A few points need to be clarified here. First, only extremely gullible individuals have the luxury of still believing that the internet is a freedom space, unaffected by the states’ plots and designs. Let us recall a simple example: the authority responsible for the whole addressing system on the internet (that translates common domain address into numeric IP addresses) is still in american hands, as 10 out of the 13 organizations/companies that globally support this agency are american. And especially two of them are controlled by the US army.

To put it simply and cynically, what’s at stake has nothing to do with the internet’s “freedom”, but with who will control the internet itself. Speaking in state capitalist terms, China has every right to demand a share in this control.

Secondly, if someone takes the trouble to really read the documents secured by the Financial Times, they would find it hard to conclude that China wants to impose a kind of control over the internet. This may really be its agenda, but this is not apparent from the proposal. What it proposes is the structural redesign of the current internet model so that IP addresses could become more flexible and efficient, keeping an eye on the future: autonomous vehicles, holograms, and the rest of the 5G applications, with, therefore, a heavier demand for broadband. The other aim of this proposal is to prevent the internet’s fragmentation into various subnetworks, with each one of them having their own standards, and integrate all of them (not only those related to phones and computers, but also those to satellites and any kind of devices) into a single network. This is something, by the way, that ARPA did during the early “glory” days of the internet. The reason why the latter suggested the TCP/IP protocol (the one that China wants to change now) was exactly the same, that is, to prevent the fragmentation of the internet, which was not exactly a single network, showing serious signs of fragmentation into different networks set up by private companies.

When history takes its revenge, it has its way to do it in small doses of irony. Those who today present themselves as defenders of internet “freedom” actually hide behind the existing fragmentation of the internet. This is because they simply continually lose the race towards the 4th industrial revolution.