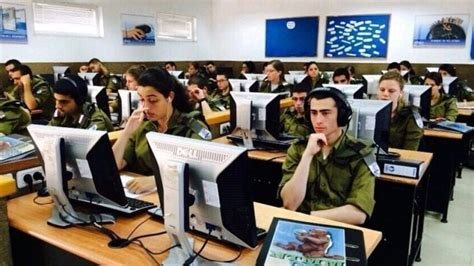 The israeli apartheid on palestinian land could not, at a time when information “circulates freely”, fail to also include a corresponding digital apartheid, or the control and censorship in information concerning itself and circulating on the world wide web. The practice of censorship or reality distortion was always the basic toolbox of any totalitarian regime. And israel sets the example for even that.

Vast amounts of money are invested in certain “tasks” and hundreds are mobilized (from the israeli army itself to volunteer university students and concerned citizens) in the war for “maintaining the balance” -which is more than that. The way it is described by the director general of the israeli ministry of strategic affairs is, maybe, closer to reality: “a war on consciousness terrorism”.

While gathering information on the subject, we found the above first video1How Israel and its partisans work to censor the Internet, which has relevant information in one place and presents it in a simple and condensed way, thus we will not go into more detail about this here. However, it is worth paying attention to the act.il app (which its silly presentation we didn’t bother to subtitle), with which anyone can contribute to pro-israel propaganda, carrying out online missions on social networks or other platforms. Maybe even the online removal of the video of moroccan fans of raja casablanca chanting a pro-palestine song due to reports for “inappropriate content for minors” was this kind of mission. This is no problem, of course, because the song has been uploaded on various channels, but still it shows the “power” of the application, as the only thing the video shows is a picture of fans in the stands.

During our research, we found other practices in at least two more instances, which are not mentioned in the video and more into the exclusion of arab-palestinians via the internet and less into the censorship of content related to the apartheid reality.

In the first instance, a taxi app allows the user to select a driver not working on Saturdays (the jewish day of rest) and, as a result, to actually exclude arab-palestinian drivers.

In the second instance, there was a discussion among advertises on how they could exclude arab-palestinians from the group of people they want to target -because this is what their customers demand. In a conducted research study, relevant to this topic, we notably read that certain advertisers “don’t have anything against arabs”, but they “just don’t buy anything”. So, a bit later a discussion with technical terms took place so that they could find ways to exclude individuals with certain characteristics, including statements like the following ones:

– “There’s an attached file of israeli-arab cities and villages.”

– “What she was trying to say to you is that you should copy the list of israeli-arab cities and villages and set them as excluded.”

– “Or, you can choose main cities with no radius around them, but not Haifa or Tel Aviv or Jerusalem — there are arabs there too … Or exclude all the israeli-arab cities and villages.”

– “You can generate an audience in facebook’s power-editor by excluding them one by one once and then keep using this audience in other campaigns.”

“Exclude their interests such as Al Jazeera, arabic language … choose hebrew and english in facebook’s interface language, and as mentioned above, if you target locations with radius, you must exclude their cities and villages. And also, target only women, arab women [click] ‘like’ less than arab men.”

In the palestinian land, exclusion by israeli apartheid is a reality, where only the indifferent or henchmen do not re-cognize it. We have no doubt that there plenty of people of both kinds. More specifically, men and women who fall into the second category, their “task” on the internet is indicative of the way the state, such as israel, can mobilize useful idiots to create confusion and reverse this reality.

And if, until recently, we saw all this from a subjective safe distance, the politics of grand scale has arrived and all this feel now like a yoke over our necks, catching us off guard during a deep slumber of introspection.

Certainly, quarantine confinement is not comparable with the palestinians’ exclusion from the state of israel, nor a reversal of the reality of death (of the Other) with the statistical manipulation for the virus. Likewise, waiting in line at a supermarket is also not comparable with waiting in lines for food at Moria [Lesbos] and other places. But it is certain that the intensity and extent of events at this moment are whispering to us the confirmation of the subjectivity of this distance -if not relative to something else, but definitely to this: the sense of security as a form of capitals of first-world capitalism can easily crack when its crises break out.