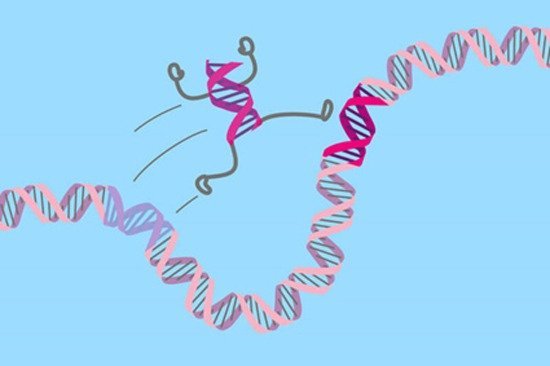 They have been discovered since the 40’s. But in vain: as for official genetics (that is, mainstream geneticists and biologists), they were considered “junk genes”, useless. This point of view can’t be seriously called “scientific expertise”; but don’t worry: in sciences there is an infinite amount of scientific junk.

Eventually, this peculiar genetic behavior has only recently begun to receive more attention and become a topic of scientific inquiry. They are called “jumping genes” and are genes (sequence of the four bases) which inexplicably shift position and move elsewhere in the genome! Why does this happen? Are they refugee genes? Are they immigrant genes? And why doesn’t the (supposed) gene’s function change, despite having added a “guest” with different composition? Why don’t the genomes say “foreigners out”?

The biotech community can only speculate; even if it has such an inherited professional egotism that it serves all its assumptions with certainty, as if it just gained an enormous following. The “all I know is that I know nothing” approach is not found in technoscientific circles, especially when they are cutting edge, and even more when they are required to justify their generous funding.

Well, what remains for you to do? Only this: next time you hear something relevant about genetic determinism (there are many related commodities), just start making fun of it…