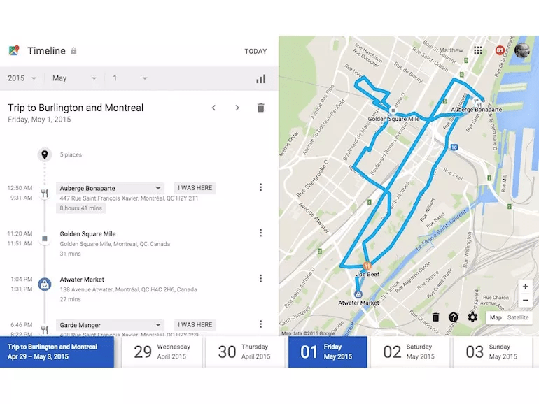 The (official) data show that the chinese government has managed to control the spread of the infection and then (as a result) the deaths from the steadily “weak” covid-19. The new cases of infection in the chinese territory are significantly lower than other states with far smaller population, such as south korea or iran -or this is what announcements show. What is sure is that first-world rabble-rousing (that is, Beijing is lying and hiding what’s really going on) has toned down: now the “enemy” is in the first world and priorities have changed.

So certain claims are interesting, especially those on how the chinese state managed to control the spread of covid-19 by exploiting the potential of the new information technologies; while western countries will not make it… As a key issue is believed to be geotracking -the continuous signal either through gps or without it, which continuously identifies (with rising accuracy) the location of anybody -through the remote control of everyday life, which is called “smart phone”.

In the western world, these data are owned by private companies (such as, google), even without the knowledge of the network users. The are commercially exploitable data… The states, though, do not offer them in undifferentiated bulk.

This does not apply to the chinese state/capital. The chinese total panopticon (which is the unspoken Great Dream of the western bosses!) functions effectively for the mechanisms of the hygienistic security, with including the suitable complex algorithms of course.

For example, in china a central digital recording of the purchases of medicinal products by individuals is applied, something which allowed the chinese state to pinpoint individual “suspicious cases” based on, for instance, the fever-reducing medicines sold, even when they were not officially listed anywhere. Besides, for each detected case they analyzed retrospectively his/her movement (through the digital traces of his/her smartphone), thus locating fast the “the position of the telephone” (that is, of IDs) of those who came in direct contact with him/her.

Acting as the central administrator of big data of its subjects (of the not negligible number of 1.3 billion people…), the chinese state (and not corporations) managed to design the shutdown of cities (or neighborhoods) and bans on movement not only based on data of that moment (which each time may come “too late”…), but also on making retroactive mapping and predicting possible versions of the already existing spreads of covid-19.

Are, therefore, the achievements of the 4th industrial revolution the “salvation” from the spreading disease? These achievements will change a lot, that’s for sure. And the “salvation of health” is a wondrous weapon on behalf of the states so that it could establish (with their subjects’ consent of course!!!) a general digital surveillance, a total panopticon which is already technically feasible; but this occurs on behalf of the state, and not only for commercial use by the companies…

Now this is a reason for hidden (?) jealousy of the chinese state/capital by the western bosses: in Washington state two cases of covid-19 infection were identified, with a perfect genetic match with the virus, but without the carriers bumping into each other; the second case was at the beginning while the period of contagion was over for the second one. Experts also found out that the incubation period before the onset of the symptoms was six weeks. This means that covid-19 had been spreading to a great number of people for 6 weeks, to people who could not be traced -still remaining carriers though.

For chinese algorithms (and the monopoly of political and technological power!), this retroactive tracking was a piece of cake. And, at most, they would put the whole region in quarantine…

We will repeat here even if our persuasive force is necessarily limited: there is no any conspiracy on how the states and bosses manage -based on the knowledge offered by the experts, the resources they have available and the power they exert- the one or another state of emergency. For a kind (the human one) that despite its megalomaniac paranoia is still simply one of the many forms of life on the planet, where real emergencies are rather “normal”.

The point here is the management of those states of emergency in the interests of power. In other times, for example, during periods of prolonged drought, highly painful to damaging for farm-based economies, were dealt (?) with litanies, prayers, and even with human sacrifices. All these did not affect the weather: but they preserved the power relations. And they did so up to the time when the rainfalls started again, and the any kind of bosses (priests, kings, courtiers, bootlicking snitches and executioners) cheered and celebrated.

Massive viral infections are rather common in human history. What makes them different (apart from their lethality) is the nexus of social institutions (and thus of power structures) which within they are unfolded -the same holds true for earthquakes, volcanic eruptions, floods and so on. And within these nexuses, it can and must be traced and analyzed each time the intensity of the demand for care and/or salvation which is addressed by those who are affected by the central power structure(s) -irrespective of being either religious or political. These power structures are legitimized (that is, the relations of wealth embezzlement) on the basis of a some kind of guarantee of collective care. But if so, to what extent?

A (capitalist) century ago, for instance, there would not be a demand for the state form (usually kings) to find a vaccine for an epidemic. Maybe it could be limited to food [assistance] provision in conditions of commercial devastation. Now demands are different.

This seems to be “normal”, but it is not. It is historically determined! Under neoliberal conditions and where “the smaller the state, the better,” the direct application of these doctrines would (suppose that it would) be: “whoever lives lives -and whoever dies dies”. But no! The idea of a “protector”, of “paternalistic management” is alive partly due to a right reason: the complexity of social relations and structures does not allow the full and unimpeded application of social darwinism which neoliberalism has successfully promoted in many aspects of this relations.

Exactly for this reason, just because the idea of “central care” has not disappeared (nor it can be), postmodern capitalist “free market” societies, the public health and public order domains are these components where the emergence of what we call (as autonomist workers) neostatism is worked out. In other words, biopolitics as a complex technique of power (political, legal, scientific) -at the same time central and decentralized, concentrated and widespread- is not a process which descends from top to bottom; it also ascends from bottom to top, such as in the form of a “social demand”.

This is why the chinese state/capitalist biopolitics under the conditions of a mythologized “crisis” (by covid-19’s grace) proves to simply be not only the winner, but also another proof of the general power of “the Beijing paradigm” for the 21st century: for the “protector” to mobilize all the available resources was usually sought after (though not exclusively) in times of war. This is what is now needed in times of “peace” as well -even if it is a period of pre-war or ‘para-war’.