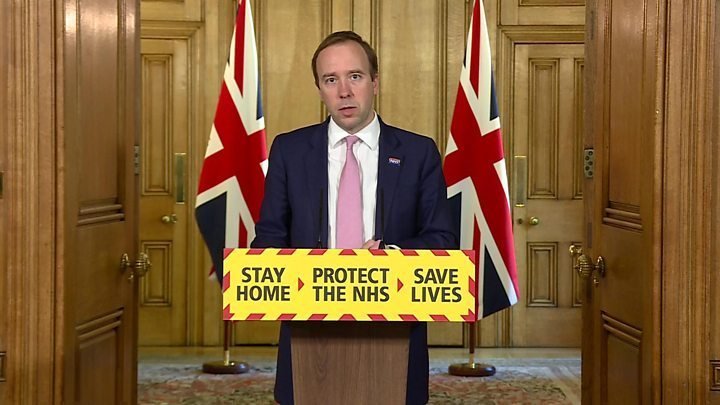 On May 5, england began the pilot application of the contact surveillance platform on White Isle. Undersecretary of state for “health and social welfare” Matt Hancock announced the launch of the program with a short video that would look more like a “war and armaments” ministry order. In this way the “order for voluntary use” of the application appears as advice for social good.

In practice, on the first day, the employees of the island’s hospitals installed the application (always voluntarily). The next day a message was sent with detailed instructions to the 18,000 households on the island, by the heads of the health system there. Then, for the next few days, trained personnel, with the help of the army, contacted the citizens by phone to confirm the situation and identify any symptoms of the virus, effectively supplementing the use of the application, since the transition needs some push from the classic surveillance methods.

The application, after being installed by someone (always voluntarily), requests as a personal information only the postal code and creates a unique number for the identification of the user. It then stays alert by locating mobile phones that have the corresponding application installed, within a maximum radius of 100 meters (the maximum radius that can be covered by bluetooth technology) and records the numbers of other users with the approximate distance between them. In theory, user numbers and other information about the “social distancing” are stored locally on each device.

When someone develops flu symptoms, they should state this in the application and then this data will be “uploaded” to the nhsx database (the digital unit of the english health system), so that those who have a history of interaction with this person and take the appropriate measures and/or self-quarantine – as obviously the infected should do.

The fact that the transition to “new normality” has a lot of technology is obvious – in fact it could not be done otherwise. A vital element for this normality is the use of such applications, where in addition to the issue of collecting and using data from the bio-info-security complex, they introduce a new “sociability of self-monitoring”.

(A list of similar applications by country can be found here. The greek version is called docandu which together with the Attica region and the Athens medical association “join forces and offer the first innovative self-control service for the corona-virus in Greece, completely free of charge. for all.”)

…I thought that the time when humans would be controlled by machines and algorithms would come after many decades. But this epidemic brought it much earlier… (observation from the chinese forum zhiju)…

It could be called a health code application. There is already a chinese version of it, and a Russian version… But – because you understand how they have been imposed… – it is worth seeing the “voluntary” western versions, which are already in the works.

The engineers of google and apple started two weeks ago intensive cooperation to make an application for mobile phones (for both operating systems…), which of course (will) be “only for the common good” and, hell, what democracy would it be any different – “completely anonymous.” The technicians believe that it will take two more weeks to complete the work, but they have made public how it will work:

You should be aware that while the various big techs are looking for the digital dimension of “health management”, ie. the mass detachment from now on and forever of health data (if possible of all) making the most of the “lethal pandemic” (what..?), solving any technical problems (both in terms of data volume and in terms of their continuous algorithmic processing…), there are links on their scope that will not have their own signature.

Such a link is the fast medical tests that will identify the “patients” but also – perhaps mainly – the “hygienically doubtful” and not. Although pharmaceutical and information technology work hand in hand for their design, the tests will have the signature of the first.

A second link is the management of diagnostic tests, an element of the political side of biopolitics in the 21st century. How “voluntary”? how “mandatory”? how “socially responsible”? etc. This is neither the job of big pharma nor big tech. This is the work of the state; or, alternatively, with its cooperation and “push” on the part of all the hundreds of thousands of “specialists” (doctors in this case…) who are in the stables of either big pharma or big tech – or both. Provided, of course, that they will be “politicians”, that is, they will exercise their power by hiding their motives.

It’s like banging your head against a wall. There are still so many german citizens (who are supposed to be particularly concerned about the fate of their personal data) who do NOT know that when they use any electronic device and even more so their mobile phones, their data is NOT necessarily stolen from the recipients of their communication signals, but (also) from “intermediate technicians”? Are there still such people who do not know that the “determination of the position” of a mobile phone, as well as its “identity” are automatically displayed, even if it is closed, and no one has to ask their permission for that, since anyone who wants can find them without them even realizing it? Do they know Snowden? Did they forget him? Are there people “anxious about their personal data” who agree to watch them digitally even in their sleep?

Yes, there are… The german Robert Koch Institut, which is the “medical flagship” (ie. the legalization) of bans and restrictions in germany, in the name of covid-19, with the audacity it has gained as a “general”, has taken the next step. He called on the “volunteerism” of the germans to digitally file them (he didn’t shout it out loud as such)

And what about them? A first round of volunteers exceeded R.K.I.’s expectations (as it says), although this number is only the beginning: within two days of the release of the application, 160,000 (says R.K.I.) mobile phones (sorry: users…) downloaded it… Voluntarily of course.

Okay, we’re not going to hit our head on the wall. They’re going to do it.