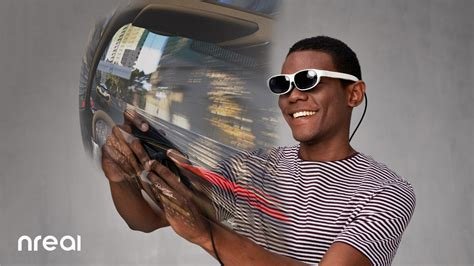 The south korean state/capital complex quickly and effectively took advantage of the covid-19 opportunity. What is certain is that from a technological point of view, it belongs to the global avant-garde; what in the west is called “the center of capitalism” has shifted east.

Two small clues to the new wonderful world to come. The first is south korean, it looks “playful”, but its prospects are much more serious. LGU+ augmented reality glasses, made in collaboration with chinese Nreal, bring the “screen” right in front of the eyes… (So that there is no distraction, that is, salvation!..) Placing the “virtual reality” within the real reality, in a “cohabitation” relationship. And whoever manages to remember in the future what is really real will be considered an “archaeologist”!

The fact that the ad trailer below is aimed at gamers, is simply due to the fact that gamers (and certainly south koreans!) are a compact target group that embraces such innovations.

In the next example, however, the 4th industrial revolution is welcome! OrCam MyEye 2 is a microcomputer with a camera and audio transmission, which can literally become the “eyes” for people who are blind or have serious vision problems. Using artificial intelligence it reads anything that the user’s finger points to (turning it into audio text), recognizes up to 100 people (whose faces the user has stored on OrCam’s hard drive) with face recognition technology, recognizes various objects, notes, obstacles on the road and much more, in real time. It complies with at least 20 different voice commands, works independently (does not need an internet connection, so does not transfer data…), and easily accesses any glass frame.

But don’t fell in love with “facial recognition” technology!!! Besides the blind who really need it, sharp-eyed states are already making extensive use of it – in favor of general surveillance.