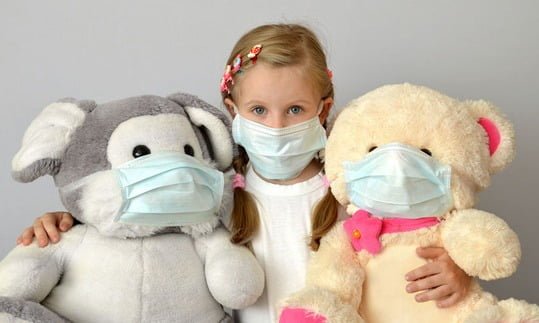 While sinophobia (with the “argument” of covid-19…) continues, albeit somewhat numb (hardly anything can be attributed to the chinese state, other than the easy and arbitrary accusation that they are “telling lies”…) no one mentions the opposite. That the fact of a successful treatment of such an epidemic (with relatively low mortality but easy transmission) is a first-rate exercise of applied biopolitics from the state.

A comparison might help. In the winter of 2018-2019, 154 people died in greece from complications (:pneumonia) of the common flu. This is the official death toll from the death toll in the registry offices – a method that is followed, but is not considered accurate at all. The statistical models used by the experts of the local “National Public Health Organization” showed that the mortality rate of this epidemic (always for the period 2018 – 2019) was 9.8 deaths per 100,000 population (total population – not only those infected with the virus). Which led NPHO to estimate that the death toll from the seasonal flu in greece that winter was over 1000. (More in its official report).

The main method of dealing with that epidemic was vaccination. Which is an individual act and, ultimately individual choice. Apart from the pro-vaccination campaigns, the greek state did not take any further action. For sure: it didn’t effectuate any large, medium or small panic! To the extent that the prevailing perception was that everyone takes care of themselves, and that public health is simply complementary (and its mechanisms are often torturous) the thing was ok.

Back to china. At the time of writing, at least 1.5 months after the epidemic, the death toll from the brutal civid-19 worldwide is 1,669. Four of them out of china, and 1665 in china. The reduction in the total chinese population (so that there is a fair comparison with greece) shows that as of Sunday, February 16, the mortality rate of the Expected (covid-19) was 0.12 deaths per 100,000 population. Most likely the dead will be more, some who have not been recorded. If, however, the mortality rate of covid-19 was to be at the level of mortality of the greek seasonal flu in the period 2018-2019, 130 million people should have died (or die in the next 2 months) – in china. We repeat the number: 130,000,000…

One part of the applied biopolitics is the “management of the numbers”. The greek state may have no practical plan to deal with an influenza epidemic (which may have killed 1,000 or 1,200 people) other than the call to “take responsibility and get vaccinated.” But it has very practical plans for causing (or not) panic, through demagogy – and this is not just biopolitical but very biopolitical! It in turn creates (or does not create) the impression of a “state of emergency”. And this impression, again in turn, can lead (or not) to “spontaneous” mass vaccination and the legalization (or non) of other practical measures. Biopolitics is not just the state saying “we make sure you live”. It is also the state saying “get over it…”. Even the “go die somewhere else” is biopolitical. Mafia-like, but biopolitical.

Closing some schools is the easy part. Closing public services and factories is a bit different. However, in one way or another, it is always a matter of population management.

In stark contrast to the first-world racist paranoia and how she and her servants judge the Others (especially if they question western global power), the chinese state has had and continues to have much more serious work than telling (or not) lies about the confirmed cases and the death tolls. It has to “rehearse” the operation of its mechanisms (and the behavior of its population), even for the case of a possible biological war. To put it another way: the biopolitics of a state of 1.4 billion souls that conquers the planet in a capitalist way is not, and could not act like “just get over it” and/or “fuck off”. It acts the exact opposite way: “the state-plan will work, and for your own good, coordinate with it.”

If one looks at the issue from the point of view of state/capitalist function in the 21st century, then the confrontation between the chinese state/capital and covid-19 is, perhaps, the best example to date of what will be the return of statism (and biopolitics) in the capitalist 21st century – globally.

We know few things (and, perhaps with your help, learn more) – but even those few are impressive. From setting up hospitals (two, not one) at about the time the big-weak man made the world, up to a “general quarantine” of 80 million people in Wuhan province; from mass mobilization of thousands of military doctors to closing businesses of the secondary and tertiary sector; from voluntary draft of locals to mass control (and partial ban) of private traffic; from spraying everywhere to thermometry of everything; from utilization of new technologies in biotechnology (for making vaccine antidote), to their use in mapping, computing of “trends”, and the use of drones. When the emperor Xi says “we managed to contain 99% of the cases inside our land”, he means: even in your dreams you could not achieve such a “containment”!

Should we add to it? All this without an antidote on the agenda, in other words vaccination… Now, if Beijing’s main opponent in world war IV, all he has to show is crime in New Orleans in 2005, with hurricane Katrina, then he just should shut up – always from a state/capitalist point of view. Both he and his allies.

To put it another way: if the alleged show of force by the chinese regime was expected to be the repression of the demonstrators in Hong Kong, then – that’s how life brought it…- it’s time for a hundredfold, a thousandfold show of strength. Against a weak virus – but with very good public relations!

Building mass fears, mass threats, is a part of capitalist biopolitics. Fear grips citizens, but it also causes panic and irrational behavior, which can be dangerous. Building fears is the easiest part of the job, especially for people suffering from sanitary hypochondria, absolute ignorant of their bodies – and from incurable addiction to the media, the old and/or the new. So far, the greek state/deepstate/capital is doing it well…

But there is the other half: the state/capitalist “paternalistic wing”, which covers the frightened, calms the panicked, and emerges from the confusion as support and salvation. World neo-liberalism has created all the basic conditions for mass phobias; but it has deliberately and compulsorily constructed them individually. In such circumstances, where the arrogant ego falls into “normal conditions” one after the other, neutralizing any prospect of workers’ opposition, the crises (let’s say the hygienic ones) mark the end of neo-liberalism as the dominant doctrine. History and her dialectics are cunning, but is very precise: the ideology that created the massively personalised “Care of the Self” in all its forms, is bound to go away when the fears it sowed become real – and “contagious.”

It is the moment when the social “open sea”, from a storm of rivalries between individuals, becomes a single cumbersome mass. “Coagulates” – by the commonplace fear, which without a way out or repulsion becomes thick as glue! It is the Archetypal Nightmare Moment of the Plague: where biopolitics ends as the illusion of an “individual case”, and becomes officially, clearly and recognized the “duty and responsibility” of the lords; of the priests; of the state. And it’s not just “health” – public health. It is also the “calmness” – the public order. It is also the “harmonious rhythm” – the smooth operation of basic infrastructure. And a few more, not good things…

Behind the more or less covid-19 farce, what is happening with great historical weight and you are watching it without there being anywhere written “the script of the project”, is this: the emergence of the efficiency of the solid state, the state “general commander of the capital” (As one Keynes used to say in the past), which, not only concerning to “development/expansion”(eg. Huawei) but also to “defense”(eg. covid-19), can manage to the maximum extent any available social resources (whether it is work or money/capital) for the “common good”. Inside these conditions, of the 4th industrial revolution (so we don’t forget that we are not exactly sure where we live). And it can do so effectively; certainly much more effectively than the scenario where “everyone has the responsibility of him/her-self”… It is, therefore, the emergence neo-statism coming from the East, from where the center of world capitalist development lies… From where else would the modern dynamic trends come from?

If we say that western sinophobia is floating in jealousy (always from a statist/capitalist point of view) will you understand what we mean?