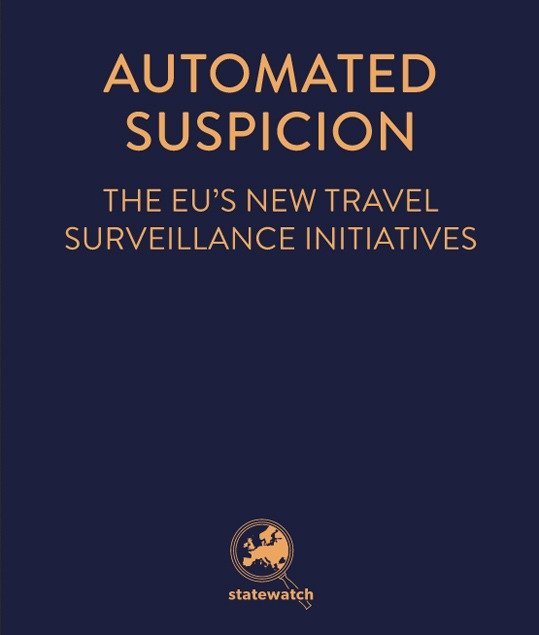 If you were planning to travel outside national borders, even within the “Schengen area”, you certainly have various problems, difficulties, obstacles. Everything may be hastily built, but violently on the theorem of infectivity of social relations. Many (state and business) “resources” have been allocated to maintain the terror – of – disease. It’s tyranny – but, don’t worry. Temporary inconvenience, permanent “new normality”; we would say paraphrasing signs placed on road construction projects.

Quarantine’s friends may not be happy at all in the future – but it will be too late. They forgot that the only free cheese (the supposed “protection of public health”) is in the mousetrap and turned, literally overnight, into followers and advertisers of the escalating criminality of states and bosses. A few days ago, the european non-profit organization statewatch, which specializes in monitoring european surveillance and repression legislation, published a 38-page report on the acceleration of the creation of “electronic borders” in Europe, which was methodized before covid, but state and business bosses seized the opportunity of “health protection” to make leaps and bounds.

In its brief introduction, with the declarative title Automated Suspicion: The EU’s new travel surveillance initiatives, the report says:

The ongoing coronavirus pandemic has raised the possibility of widespread surveillance and location tracking for the purpose of disease control, setting alarm bells ringing amongst privacy advocates and civil rights campaigners. However, EU institutions and governments have long been set on the path of more intensive personal data processing for the purpose of migration control, and these developments have in some cases passed almost entirely under the radar of the press and civil society organisations.

This report examines, explains and critiques a number of large-scale EU information systems currently being planned or built that will significantly extend the collection and use of biometric and biographic data taken from visitors to the Schengen area, made up of 26 EU member states as well as Iceland, Liechtenstein, Norway and Switzerland. In particular, it examines new systems being introduced to track, analyse and assess the potential security, immigration or public health risks posed by non-EU citizens…

…Data will be gathered on travellers themselves as well as their families, education, occupation and criminal convictions. Fingerprints and photographs will be taken from all travellers, including from millions of children from the age of six onwards. This data will not just be used to assess an individual’s application, but to feed data mining and profiling algorithms. It will be stored in large-scale databases accessible to hundreds of thousands of individuals working for hundreds of different public authorities.

…This system, the Common Identity Repository (CIR), is being introduced as part of the EU’s complex ‘interoperability’ initiative and aims to facilitate an increase in police identity checks within the EU. It will only hold the data of non-EU citizens and, with only weak anti-discrimination safeguards in the legislation, raises the risk of further entrenching racial profiling in police work…

Many will be reassured: “no big deal, these are for the outsiders”… Both racist and ridiculous. Firstly, because surveillance technologies are already being developed and disseminated for first-world “king” citizens. The digital health ID / the digital recording is not just for those who come legally or not from the “outside” – it is mainly for those “inside”. And secondly, because, thanks to the “developed and civilized” european example, the same instruments will be applied also by other non-european states. The borders where europeans will be the “outsiders” will become equally “drainpipes” of personal data!

The bosses and their experts have been working on this mother lode of “health” for many years – we have said that. The fact that a large mass of first-world citizens had been sleeping the sleep of the fit was the most important condition for the success (albeit a relative one so far) of the terror campaign. Since they struck this vein, they are not going to leave it.

For instance, which “Schengen area” in this historical phase? While european states can so easily, so dictatorially and without objection close and open their national borders at will; while they can close one or the other “un-hygienic” area by deploying the army; while they have locked up (as much as they can) refugees and migrants in concentration camps in greece since last March (and shit happens); and while they can impose fines at will, what does any sane person expect them to do next? In the coming months and years?

Unless there is an organized, workers’ opposition… (Right! This is what we haven’t done: we must form it…)