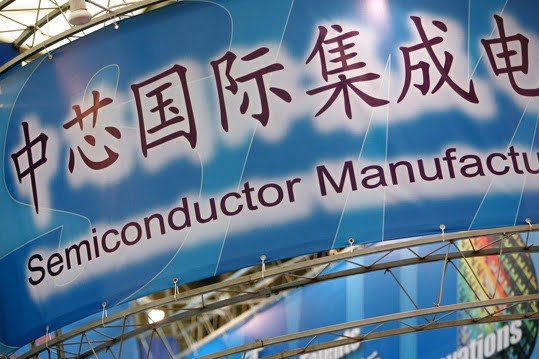 Last Saturday, two systemic media outlets, Wall Street Journal and Financial Times, published a u.s department of state order to electronic chip manufacturers: it is forbidden to sell to chinese smic (semicodnuctor manufacturing international corp) without a state license. Smic is the biggest manufacturer of chips in china, and although it has improved both its technological base and production, it still depends on imports of both machines (of chips production) and quantities of chips. This time the u.s ban doesn’t use the excuses of the style against Huawei (“the chinese will spy on us”) but shows the center of the conflict: chips are also used to create weapons…

If the attack on Huawei was the first frontal clash between the dead ferret’s nation and Beijing, the attack on smic is an attack on the heart of chinese technology. Given that Beijing still has three more import options (south korea, japan and israel) it has some “windows” – provided Washington won’t threaten to also impose sanctions if transactions between the companies in those countries and smic continue.

But the conflict is approaching (if it has not already reached) the breaking point. Although this american aggression has, as a side effect, the acceleration of the technological self-sufficiency of chinese capitalism (which was the essence of the “made in china 2025” plan and caused nightmares in the west), it immediately creates serious problems for it.

Until now, the chinese regime has avoided responding to this kind of war. Will it do this now? The digital yuan is ready for international use, but its impact on the international circulation of the dollar will not be instantaneous. Beijing exports and processes 80% of the “rare earths”, the raw materials used in all digital devices / constructions; a ban on exports to the u.s will hurt immediately. There are also other measures of “medium intensity”, which will mainly contribute to the more effective shielding of chinese high-tech companies. And last but not least, there is always Apple, which is vitally dependent on its factories in china. It could face a blackmail, such as “either you transfer your chips production to china or we ban you”.

Beyond that, however, the constant escalation on the part of Washington is constantly diminishing the “economic measures” at its disposal. To use an ordinary mainstream wording: the american quiver is emptying. So far it has failed to curb chinese capitalism in this way; how many similar “options” does it still have? And how many chances of success are left?

Sooner or later (rather sooner than later…) the “moment of truth” is approaching. Of the explosive truth.