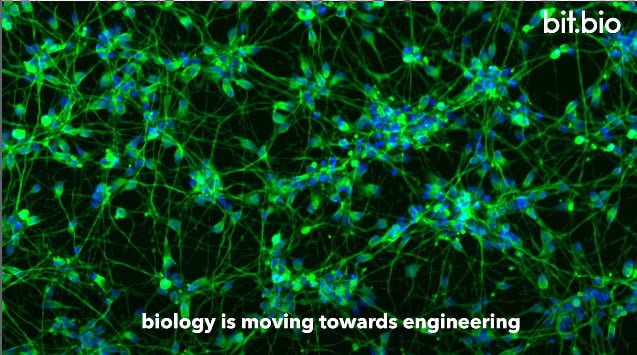 …After all is said and done, the danger is not unknown at all! It is known. The bio-info-security complex wants to “hack” the human immune system, to short-circuit it, to neutralize it, and to make permanent dependence on “artificial immunity” in its stead, that is, dependence on vaccines, drugs and its platforms! In this way it wants not only to permanently hike up its “turnover” (we will all be permanently ill…) but also a few things more…

With these views we ended yesterday’s brief passage from the “emergency use authorization” of mRNA genetic reprogramming platforms (mutations to tell it like it is), in the name of “health protection”. It is not just mRNA platforms the only methods of genetic engineering that are being sold, or will be sold, as “medicines” in the present (capitalist) historical stage.

The unstoppable machine is of course aware that to accuse the bio-info-security complex of “hacking”, “piracy of the human immune system” is (in the minds of the vast majority of citizens…) from “fantasy” to “conspiracy theories”!!! She has – against these conveniences and repulsions – plenty of evidence on her part. She also has an analytical / political (anti-capitalist and anti-state) approach that will be presented in one way or another once the (necessary) time is found.

Not that with this presentation she will be absolved of the indictment! This is not going to happen in the foreseeable future (as has never happened before, when we made written and public critical predictions that seemed “fantasies” and “arbitrariness”… until proven in practice). So no. The only reason the unstoppable machine (and the Sarajevo project / Invisible Cities as a whole) exists is to support those who have realized that we live in the 21st century – from workers’ positions… As best she can, for as long as she can bear to do it. Without underestimating anyone’s intelligence.

Here is a small sample, a minimal proof of the technological basis of capitalism (and its 4th industrial revolution) in the field of “biotechnologies”. Bit.bio presents itself as an “award-winning startup”; it is a spin off of the University of Cambridge. It has about 20 employees (“collaborators” is the proper terminology, eh?…) some of whom specialize in “cell biology”, “neurodevelopmental biology”, “neuroscience” and other cutting-edge techno-scientific domains (whose names seem as “futuristic” as the interests and reviews of the unstoppable machine!). It was created in 2016 by Mark Kotter (the speaker in the video) and has since been funded with $ 41.5 million from “insightful” silicon valley funds and recently entered into a commercial partnership with the non-profit London Institute of Mathematics. Their objective is to develop techniques of “re-creation” of any human cell.

The above video (we thank P. for the material) can give a general idea of some technological ambitions that unfold from the day before yesterday, continue today and accelerate for tomorrow and the day after tomorrow.