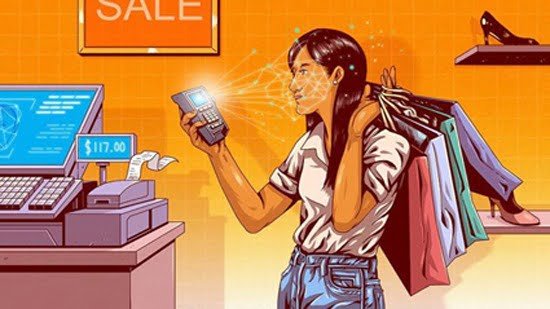 An easy, fast and “pleasant” way to get acquainted with biometric data is to employ it for consumption. There is already a past in changing simple daily practices, such as payment.

The “plastic card” was advertised as a convenience and security (in our lands its use is imposed by state decrees…) – so that the second level in its use, the most important, ie the bank’s knowledge of personalized consumer mores (somewhere more roughly and elsewhere in detail) and the storage on the part of each “point of sale” of the purchases of one and the other, became obliterated.

The same is already happening with the use not of the outdated “card” but of smart phones as “wallets”. “Security” technologies in the use of the former and technologies of “transaction security” seem unrelated to each other. But they are unified in a simple and graceful way.

Here is an example. If on the “plastic card” the user had to enter his or her password in order to be identified / confirmed, the same “need” can be met today through iridoscopy. In the same way that the “smart” remote control of everyday life “recognizes” its owner and gets unlocked, the bank can “recognize” the authenticity of a transaction; offering extra security in purchases, against any fraudsters, thieves – or hackers…