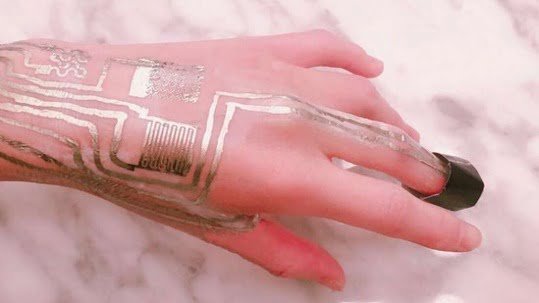 We know that although many will consider the following sophisticated, those who better not read it are the wannabe “scientists” of antisocial media.

A very recent techno-scientific achievement can make the 4th industrial revolution that has already got us in a headlock under the banner of covid 19 (and due to global intra-capitalist competition…) just a brief introduction to the 5th. To the 5th where the applications of quantum physics will be commonplace (and “mysticism”).

The discovery is in regard to superconductivity. As you may remember from school (?) in good electrical conductors there are always losses and heat due to friction at the microscale of molecules and electrons. Superconductivity (of a material) is its property to be a good conductor of electricity with zero losses.

Although in theory this property has been known for decades, in practice it was possible in selected materials only at low or very low temperatures. Which makes it (their superconductivity) from extremely difficult and energy-intensive to useless.

A team of researchers from the private University of Rochester (New York) has created a new material by compressing carbon, sulfur and hydrogen molecules under frightening pressure; a material that exhibits absolute superconductivity at room temperature (at 15 C) and on a micro scale.

One might think that this is how they turned the (until yesterday) disadvantage of superconductivity of other materials (the low temperatures) into a disadvantage of making this new material (pressure of 2 million atmospheres!). But such problems are rather pleasant for this so unknown but also so crucial techno-scientific cutting edge, that is, the creation of completely new materials with unprecedented (to unimaginable) properties.

So, while it may take some years for this carbonaceous sulfur hydride (the name of the new material) to be mass-produced and utilized in every likely and unlikely electrical appliance, there is already a serious cognitional delay of several years in understanding the real capitalist movement, the political economy of its technologies, and their consequences. Awareness has been unforgivably delayed!

Do you understand what we mean? To be able to print circuits on the skin (like a tattoo…) that will monitor the “health status” by transmitting the data to a central database – and this is just one example – it is not a “wonder” that we have to worship…. so as not to get sick (again, we randomly say this).

It may prove futile to insist on not giving in to impressions; capital has many factories that produce them!!! But some may become observant; living in this demanding era and not in the night and in the dreamlike fantasies of the crowd.