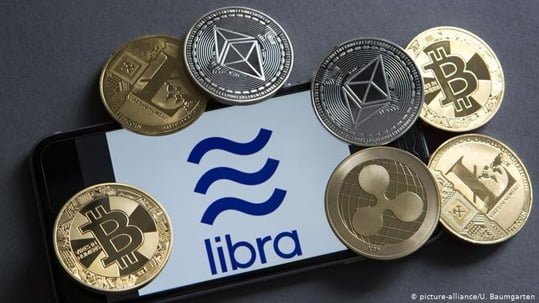 Zuckerberg prepares a “cryptocurrency”. To be exact, mr facebook is a kind of “technological front” for the creation of a digital currency by a number of private companies. Unlike bitcoin (and all similar cryptocurrencies) which do not have a fixed exchange rate / value, and therefore apart from illegal transactions are offered for gambling, the libra is designed to have the prestige, the trust of a regular currency. It will have a fixed exchange rate associated with a “basket of currencies” (euro, dollar, yen, sterling, singapore dollar – but not the chinese yuan) and as “assets” government bonds, initially, about $ 200 billion. The libra’s partners (currently 28) include u.s “plastic money” companies (visa, mastercard), uber and other major online payment companies.

Despite the guarantees offered by blockchain technology, electric, digital money is not harmless. If online transactions are full of data, digital currencies are data only. The dispersion of computers that mediate and control the circulation of a cryptocurrency is just a farce of “democracy”: such is the computing power required for intersections of transactions that the relevant data centers and processors will be the property of the libra shareholders.

It is obviously for this reason that yesterday Bruno le Maire and Olaf Scholz (finance ministers of Paris and Berlin) announced almost the ban on the circulation of the libra in the e.u. when it is ready (in about a year). They did not outright say that they considered it an american landing in europe. They said, in general and vaguely, that “it will create problems for consumers and undermine financial stability in europe”. They added that a european digital currency (cryptocurrency) would be created, with the guarantee and responsibility of the european central bank. They are late. Gambling cryptocurrencies of the bitcoin type have been used in europe for years. It is possible that the libra will “intrude” into european transactions; more easily in e-shopping than in the u.s.

Although digital currencies appear to be the capable and necessary form of general equivalent of value in an age of generalized e-commerce, it has at least one serious problem, besides the fact that with their use everyone leaves traces everywhere. The problem is also the transactions themselves; however, in the “transaction medium” version the problem can become monstrous: there is no digital “monetary medium of exchange” without electricity…

Has anyone been told tales that intensifying intra-capitalist competition will respect electrical infrastructure anywhere? We ask this, to remind that the most pervasive wealth of the time is stupidity.