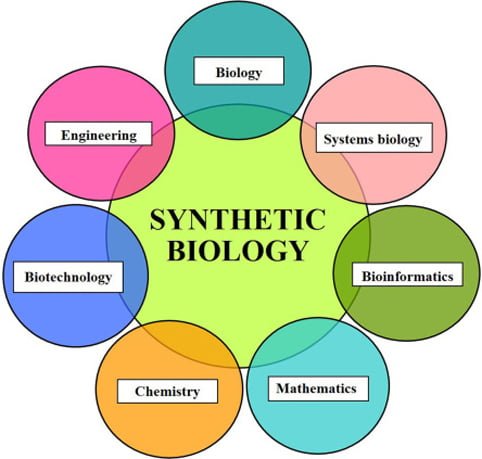 Synthetic biology (SynBio) is a multidisciplinary area of research that seeks to create new biological parts, devices, and systems, or to redesign systems that are already found in nature.

Due to more powerful genetic engineering capabilities and decreased DNA synthesis and sequencing costs, the field of synthetic biology is rapidly growing. In 2016, more than 350 companies across 40 countries were actively engaged in synthetic biology applications; all these companies had an estimated net worth of $3.9 billion in the global market. [data of 2016…]

Since we bet that not even half of the various idiots who continue to spend their time despicably speaking from the latrines of their minds will not read these lines, we can (while the year formally ends) say a few more things just between us. They are not secrets – the opposite. Just a good percentage of people (and those who in their opinion are “politicized”) have degradate so much that…

The above excerpt on synthetic biology is from wikipedia… In the future we will explain more, from better sources (since there has been some kind of “antagonistic movement” in the past to limit its research and applications), but it is not sure we will do it through the unstoppable machine.

It is, in any case, one of the cutting-edge technology / business sectors. And, of course, since in 2016 there were more than 350 companies in 40 countries (today there are many more…) it is not arbitrary to talk about capitalism. (Those who insist that they can separate capitalism from its achievements, let them take pencil and paper and start doing the “subtractions”…)

Why did we choose to conclude this terrible year with a reminder of synthetic biology? Because its own scope (from a techno-scientific point of view) is the genetic engineering of the constructions that are marketed as “vaccines” by both moderna and pfizer / biontech companies, as well as astrazeneca.

The above list of “disciplines” that make up synthetic biology could be considered as a table of (social and political) ignorance. It is catastrophic: this year’s terror campaign proves it, for those who want to understand. Will this ignorance continue and deepen in the coming years and decades? Every centimeter of greater ignorance will correspond to one hundred and one meters of violent power… How will this become common sense? We do not have ready answers, but we have confirmed bad intentions!

As long as the unstoppable machine exists, it will make both counter-information and workers’ criticism; no matter how long the succession of the bootlickers of power is, who puke up even in their sleep.

So much the worse for them!