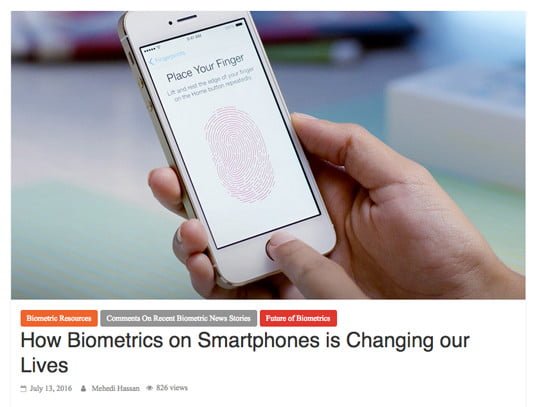 When one “locks and unlocks” one’s mobile phone with one’s finger feels safe… isn’t that right? That if it is lost or stolen it will not be able to be unlocked… The same applies if the same job is done with “facial recognition” – via camera. Or “voice recognition”… It’s easier, faster and more playful – compared to, say, having to enter a password… Very well.

Do all these happy customers know what biometrics is? And what does it aim at?

Typically “biometrics” is any measurement and any calculation that regards the human body. Once upon a time, height, eye and hair color were being recorded on IDs: these were biometric data. But it was a rudimentary accumulation of such data. In digital conditions, biometric data not only “acquired” (!) the ability to be stored, classified, processed, grouped, compared, sorted in record time, easily retrievable (and therefore usable), but also began to multiply. As expected: if one finds a way to utilize the grains of sand one will rake in the whole beach… One will set fires and make one more.

The first and not at all playful feasibility of expanding and digitally storing / processing biometric data is not just “identification” but also the remote surveillance of anyone who can be digitally identified. The use of “facial recognition” software by both the chinese and russian regimes (they said it openly, but it is expected that they did the same without shouting it…) in thousands of surveillance cameras (of the state in the first place) in public spaces, under the pretext of… covid (what else? a huge laundering virus!) in recent months does not belong to the playful unlocking of a device that is considered “personal” (while it is not). Of course: the ownership of biometric data does not belong to everyone but to the one who collects and processes it. (GDPR tried to prevent this – and so it is where it was thrown by the hygienist terror campaign…)

There is a second feasibility, less comprehensible: the adoption of a particular conception by the subjugated, which concerns themselves as a “collection of data”, the diffusion of which is “humanising”… Data macht frei read the gate of the labor camps of the 4th industrial revolution, in many languages, all over the world – but it is invisible.

This is the digital version of self-surveillance, according to which the profiling created by the integrated processing of everyone’s biometric and social data sets can be praised or rebuked; rewarded or punished. If your algorithmic machine “opens the doors” (literally or figuratively) it is because it “recognizes” you as the right person. Where the “right” refers to your behavior according to the norms.

In addition to the external features (face, iris, fingerprint, voice…) the biometric data (ie their embezzlement) is undergoing a massive upgrade. With health data. The “digital vaccination certificate” that even the damn greek state promises to those who succumb to the blackmail of the terror campaign and get platformated, is the first step. And, of course, this is not a “conspiracy theory” as the conformers like to think. Both as an expense and as a process, the digital dossiers of those being platformated would now be disproportionately large – if it was just to deal with the naughty virus. Even if for some time this “biometric / biological data” opens doors (airplanes, malls, stadiums or concerts – even jobs…). In two or three years, when the naughty virus is restored as yet another “cold”, the corresponding platformation certificate against it will be useless!

The digital management of personal health data both as an infrastructure and as an ideology as well as the accumulation / processing / use / utilization of it is a long lasting investment. This management has no value as a moment – and the current platformation is a “moment”. It has value as continuance. It is the continuance that shapes the accumulation (of data). Therefore, from the moment this digital accumulation is inaugurated (in exchange for a few open doors) only one thing can follow: for ever.

For ever and ever.