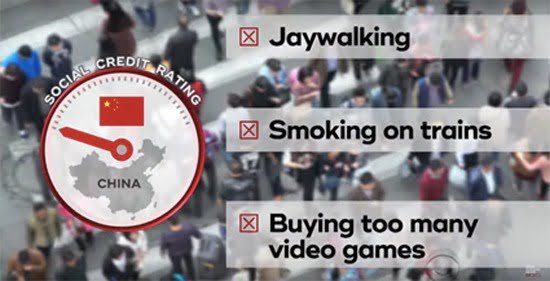 The (electronic) social credit system works in china! For those who do not know, it is something like a platform where not only government agencies but also citizens assess each other, by specific criteria of social responsibility. Something like “like” + “rating” but for “serious purposes”, under the guarantee of the state…

In addition, 3.59 million businesses of all sizes and types have been blacklisted, barred from government funding, access to stock markets and other financial penalties, again due to irresponsible practices.

In addition, 3.51 million individuals and businesses paid fines for such reasons.

By western standards, all this would cause terror, something like the “big brother”. But we already know many millions of such “shaken” first-world citizens who would gladly accept such a system of “assessment” if it was marketed not as serving as “social responsibility” but only as security.

Or is “would” wrong, and they have already begun to accept it?