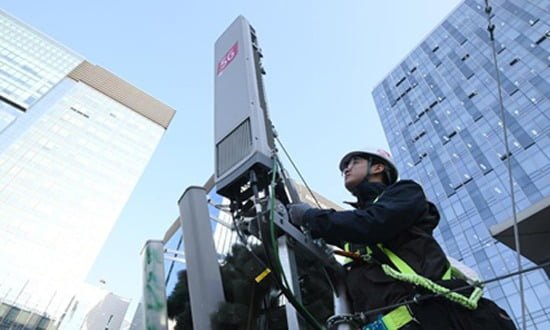 With 34,000, 30,000 and 18,000 “5th generation” antennas / stations installed respectively, the three south korean companies / providers SKT, KT and LG Uplus made south korea the first in the world since the beginning of last April to say that it entered from the central gate in the phase of the “4th industrial revolution”. Also, the south korean company Samsung, meanwhile, already provides 5G phones.

The big change (compared to current 4G communications) lies in the speeds and “volumes” of information that can be transferred wirelessly. Consumers (south koreans first ..) will in principle see a difference in terms of virtual and / or augmented reality uses; with video games and watching sports and art events being the first diamonds in the crown of 5G. But the real revolution will be on the one hand the development of the internet of things and on the other the organized, commercial distribution of content.

We can not imagine what kind of “applications” and what kind of “content” are going to conquer the senses, thoughts and experiences of the subjugated in the coming years. But looking at how easily even boredom was mechanized (and the consequences of the widespread use of 4G smart phones) we are sure that “what goes around comes around” acquires an increasingly “augmented” and ironic meaning…